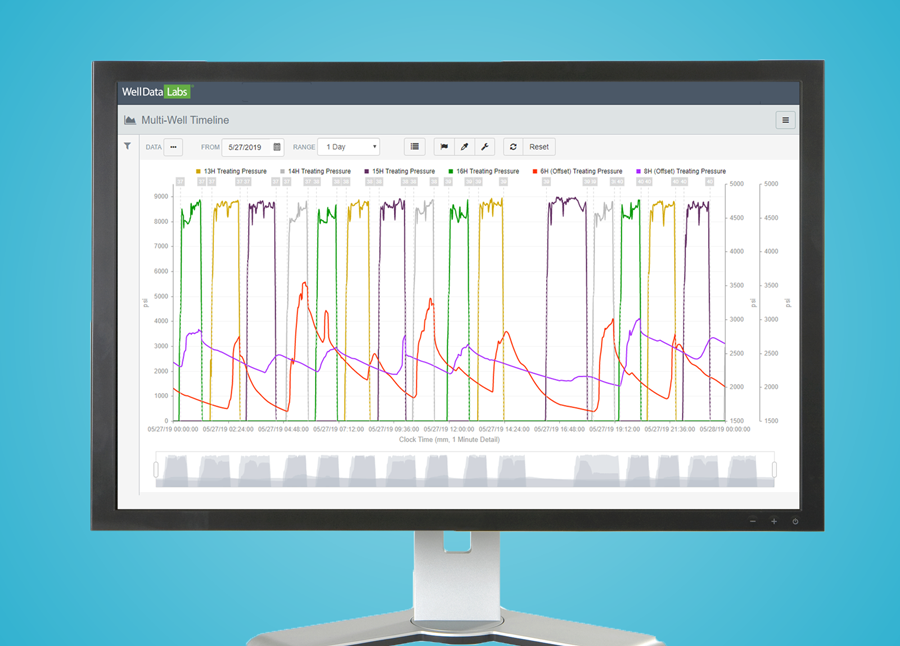 The topic of fracture-driven interactions has been among some of the industry’s top headlines, perhaps not in the last several weeks but certainly in the previous year, if not longer. Whether you call it frac hits, frac bashing, well interference, or fracture-driven interactions (FDI), it can have a decisive impact on the production of neighboring wells. While the effect is not always negative, many operators are looking for ways to minimize FDIs as much as possible, especially in a time when our industry faces headwinds from multiple directions.

During the annual HFTC conference in February, Abraxas and Well Data Labs presented a joint case study that demonstrates the efficacy of near-real-time evaluation of an active well defense project. Below, we summarize the workflow Abraxas used that resulted in a savings of roughly $1.2 million on a 12-well active defense project. 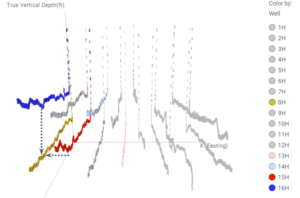 The focus of the project was the North Fork Field of the Williston Basin and included a 16-well unit completed in four phases, with four wells drilled and completed in each phase. As the company’s field development progressed over several years so, too, did the fracture-driven interactions. In some cases, wells would experience positive FDIs. However, other legacy wellbores would fill with proppant and required costly cleanouts to restore them to their previous production levels. The objective of this project was to minimize FDIs, which the team accomplished by optimizing the completion design of new wells while employing active well defense on legacy wells. Furthermore, by using Well Data Labs to capture time-series data during fracturing and well defense operations, Abraxas was able to monitor and evaluate the defense operations in near-real-time.

One of the main challenges of this project was the immense amount of data that was generated and analyzed in conjunction with other concurrent operations, including active well defense and zipper-fracturing activities. Monitoring the pressure of legacy wells during each frac stage of the active well helped determine the presence of FDIs. An increase in pressure in the legacy well typically indicated an FDI had occurred and informed personnel to start active defense. Real-time decisions were made during the completion process; however, it was not possible to fully analyze the individual FDIs with all of the ongoing operational activities.

Using the WDL platform, the observed FDIs were characterized by their magnitude (pressure change), trigger (action in the active well), and source (formations the wells are landed). Automation of the process significantly reduced the time requirements for the FDIs to be characterized and cataloged. The automation process workflow is as follows. First, it identified when the pressure in the offset well started to increase. Then it identified the peak pressure achieved and calculated a delta to obtain the magnitude of the FDI. The detection of these pressure responses enabled the team to understand the impact of operational changes and aided the decision process for future completions (fracture growth, cluster efficiency, etc.) and active well defense strategies.

The success of an active defense project is measured by the economic impact of FDIs on legacy wells. By comparing pre- and post-frac oil, gas, and water production, active well defense can be deemed successful or not. This project was considered a success since only four of the 12 defended wells required cleanout, two of which had previously been slated for cleanout. Furthermore, the team gained valuable insight into how wells interacted with each other, the events that triggered the communication, and where the events occurred.

Well Data Labs would like to thank Abraxas Petroleum for their collaboration on this paper. The full version of the paper, Leveraging Cloud-based Analytics in Active Well Defense Projects and Automated Pressure Response Analyses, SPE-199735-MS, can be accessed from OnePetro.

Did you know that FDIs represent one of the most costly aspects of completions?

Now, Well Data Labs offers you the ability to look back on your well interactions and identify the major causes and how design changes could have altered the results. This valuable data can then be applied to your future completions operations, saving substantial time and money. Whether you need an extra set of engineers mining your data or just want some help getting to the point where you can analyze yourself, the Well Data Labs team is here to get you exactly what you need. Interested in learning more about the Offset Pressure Analysis package? Feel free to email us at services@welldatalabs.com. We look forward to hearing from you soon!

Jessica manages the data science team at Well Data Labs, serving as a subject matter expert to bridge the technical gap between engineers and data scientists. Jess is responsible for the team’s design, prototyping, and deployment of models that automate event recognition in fracturing data. She holds BS and MS degrees in Petroleum Engineering and has eight years of experience with well completions, research, and data analytics.

Get the case study in your inbox!

SEND ME THIS STUDY